Paying more but getting the same 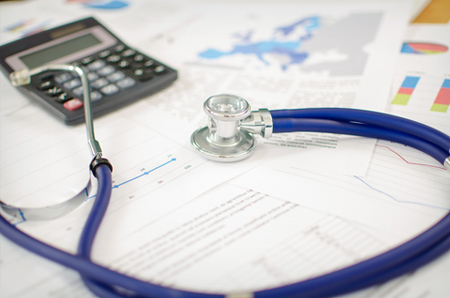 The aged-care reforms, Living Longer Living Better, (LLLB) introduced by the former Labor Government, and supported by the present Government, came into effect this month.

The changes are mostly structural ones designed to address issues related to funding both residential and community care for an ageing demographic. They are the result of an extensive Report brought down by the Productivity Commission in August 2011.

The changes were well explained in a July 2014 article on the web site of the Combined Pensioners and Superannuants Association of NSW Inc. (CPSA) .

One of the main features of LLLB is the introduction of accommodation bonds for high care residents. There are other new charges too. The CPSA article describes what these changes mean; in particular in terms of keeping (or not keeping) the family home. It also reveals the smoke and mirrors nature of many of the changes. For example, the new myagedcare.gov.au website, may not be as transparent as it would seem.

The new regime is based on the notion that exposing aged care to further competition and removing regulatory restrictions on the number of bed licences - will solve many of the problems besetting the sector.

The changes were sold on the notion that more competition, fewer regulations equals more efficiency and more choice – summed up by a key comment from the Commission:

'Competition is a powerful incentive for providers to improve quality and efficiency, and to offer care solutions that address individuals' needs.'

Mark Butler, the Minister responsible for aged care in the previous government used the rhetoric of choice too. Here are two of his public comments after the Report came down:

... A lot of older Australians want to be able to consider choices about having a glass of wine at night, or a different range of bed arrangements, ensuites ..'

... They don't want a cookie-cutter approach to aged care, where they can only have a certain-sized room and a certain range of meals.'

The fact that there is a moral imperative to aged care seems to have been forgotten in the desire to resolve the concerns – so often stated by politicians and journalists - about the ‘burden’ of caring for all the future old people. Yet here was the chance to address some of the critical issues relating to how to best provide quality care to older Australians.

One only had to have a cursory look at some of the hundreds of submissions presented to the Productivity Commission to see how concerned the community is about quality care and staffing issues. Yet these were barely mentioned in the final report and resulting changes.

Certainly too many of our aged-care homes have a dreary sameness. Some have routines that would depress the best of us. But to focus on choice, while ignoring the key issue of how to provide the best possible care, is misguided.

There is no point at all in having a glass of wine with dinner if there is not enough staff around to help you eat your meal or you haven't been able to get someone to assist with toileting throughout the day.

It is difficult to see how very frail people and their families can ever have the sort of choice generally expected to be available to consumers in a Western society. Decisions are often made at a time of crisis and have to be acted upon with great urgency. Location and proximity to family members are critical factors. Furthermore, in some instances, the decision as to which aged-care home is selected is made by a third party - perhaps even the hospital social worker. It is nonsense to think that frail people are your average 'consumers'!

Currently, the biggest issues in aged care relate to staffing. Providers generally don't employ enough people to do the job. Aged-care workers are underpaid and undervalued. Morale is often low. Residents often don't get the care they need in a timely manner.

It is hard to see how opening age care even further to the vagaries of the market is going to address these issues. Providers, particularly those whose main concern is to make a profit, will always seek to employ the fewest number of people.

The Productivity Commission, the previous Labor Government and the current Government have simply offered more of the same. It is just that people will have to pay more to get it.

#1 Glenda 2015-05-14 20:02
I agree with every word in your article. I have no positive words left to talk about the way we treat our defenceless, dependent, old Mums and Dads in this country. The so called "changes" to the Aged Care Act are so shallow that it may well have been a waste of someone's time and effort except for the sections relating to payments for aged care facilities - seems the powers that be will never truly get that we are talking about people - until maybe one of the politicians is personally affected.
Quote
Refresh comments list

Please keep in mind that comments are moderated and checked prior to publishing. We also require a working email address - not for publication, but for verification.